Land use approvals have been granted by the City Council and grading work is underway. An administrative site plan application has been received for the grocery store, gas station and convenience store, and car wash, but has not been approved. Building permit applications have not been made.

A final floor plan for the layout of the store has not been submitted.

A development plan for a 40 acre parcel at Jefferson and 125th has been proposed that includes a Hy-Vee grocery store, convenience store, gas station and car wash near Jefferson Street. A concept plan for the remaining portion of the development shows additional retail space and multifamily housing. No specific proposal has been made for the retail building or multifamily housing. The development of those portions of the project will require approval by the city council. 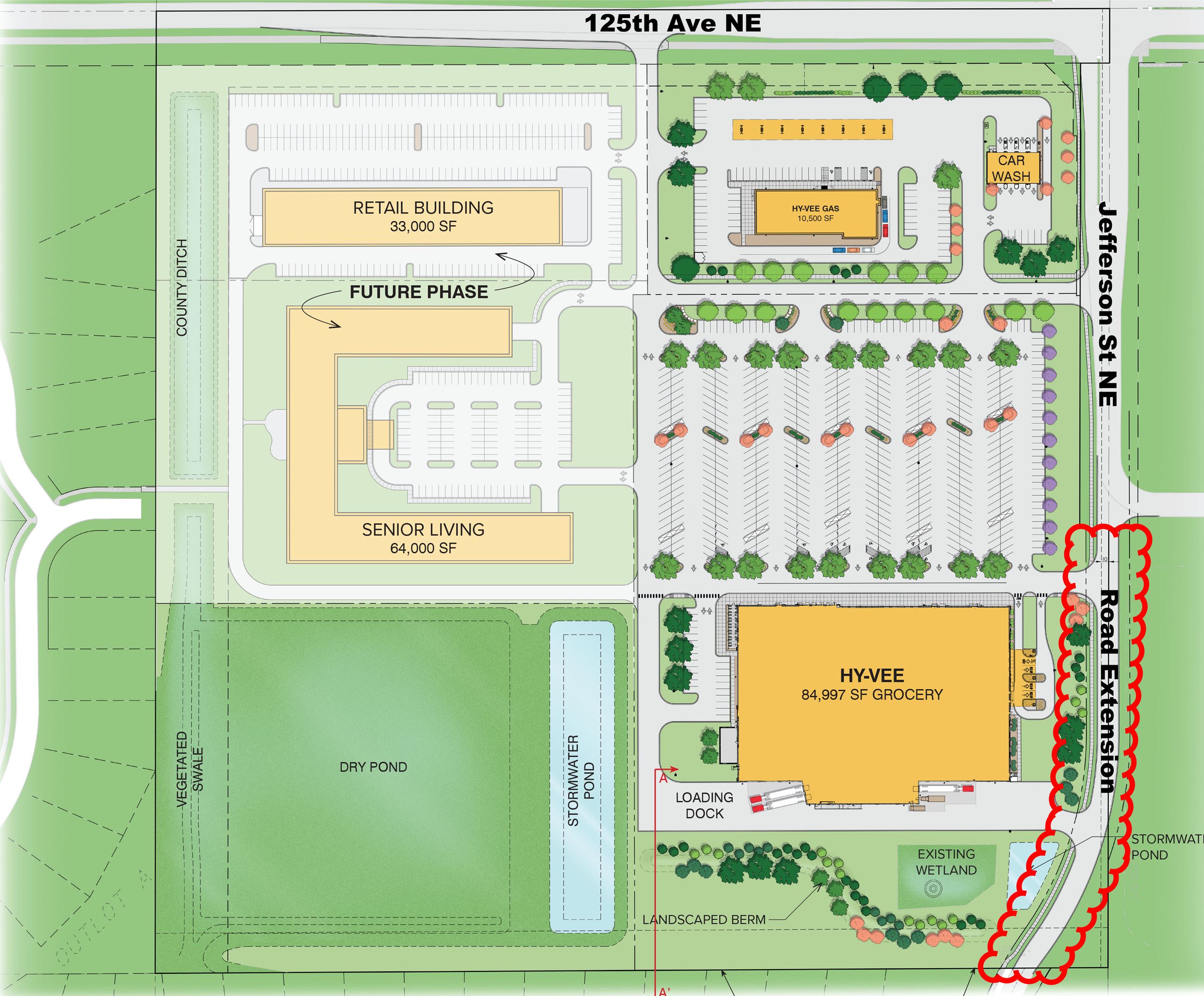 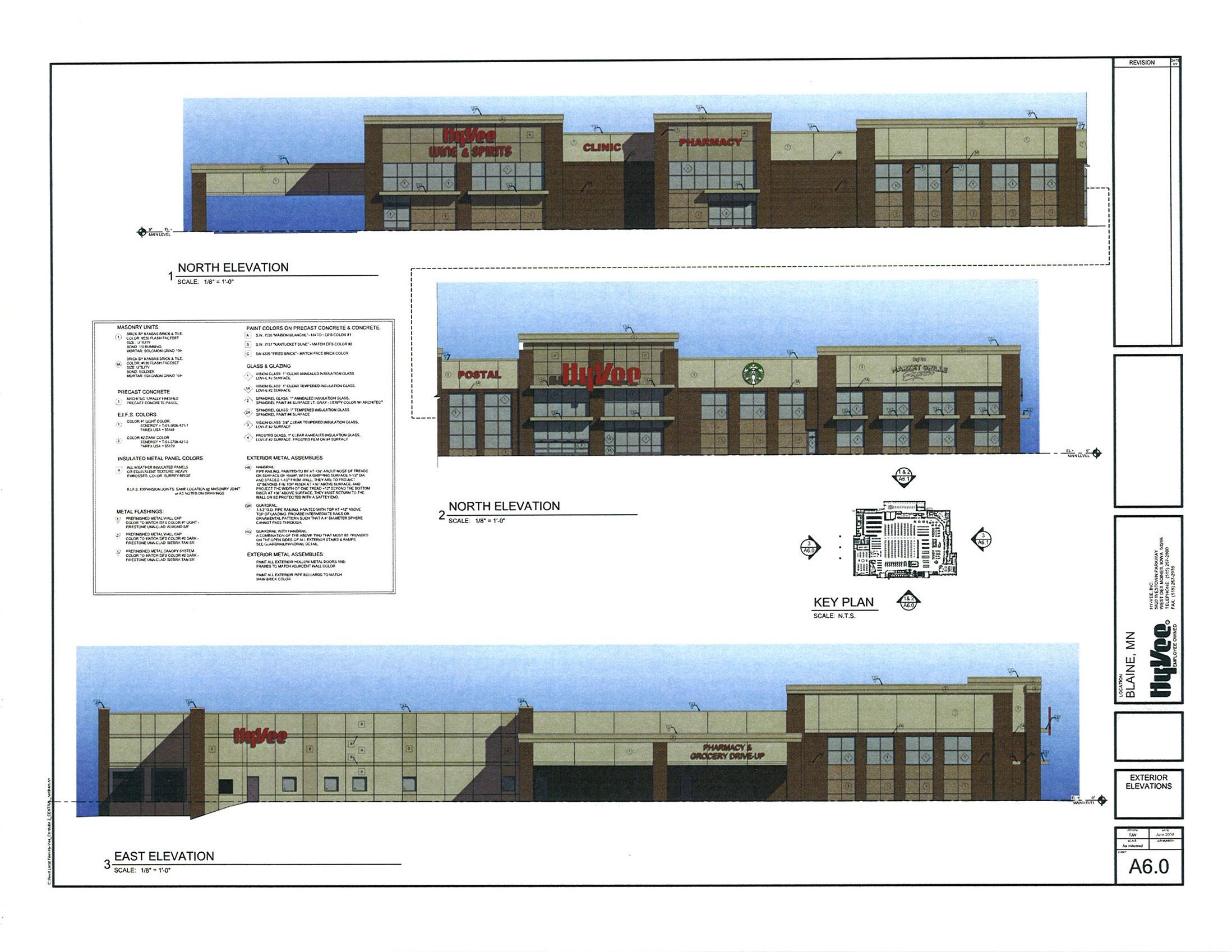 A 2040 Comprehensive Land Use and and Surface Water Plan.

Maps and information about new commercial, industrial, and residential developments.