The 3M Open is an annual PGA Tour event that takes place at the TPC Twin Cities in Blaine, MN. The event brings 156 of the best professional golfers in the world and 150,000 spectators to Blaine each year.

The tournament will also include off the course events such as a major concert and fireworks display at the National Sports Center.

The PGA Tour enforces a bag policy similar to other major sporting events. The information below will help prepare tournament goers before heading to the event. 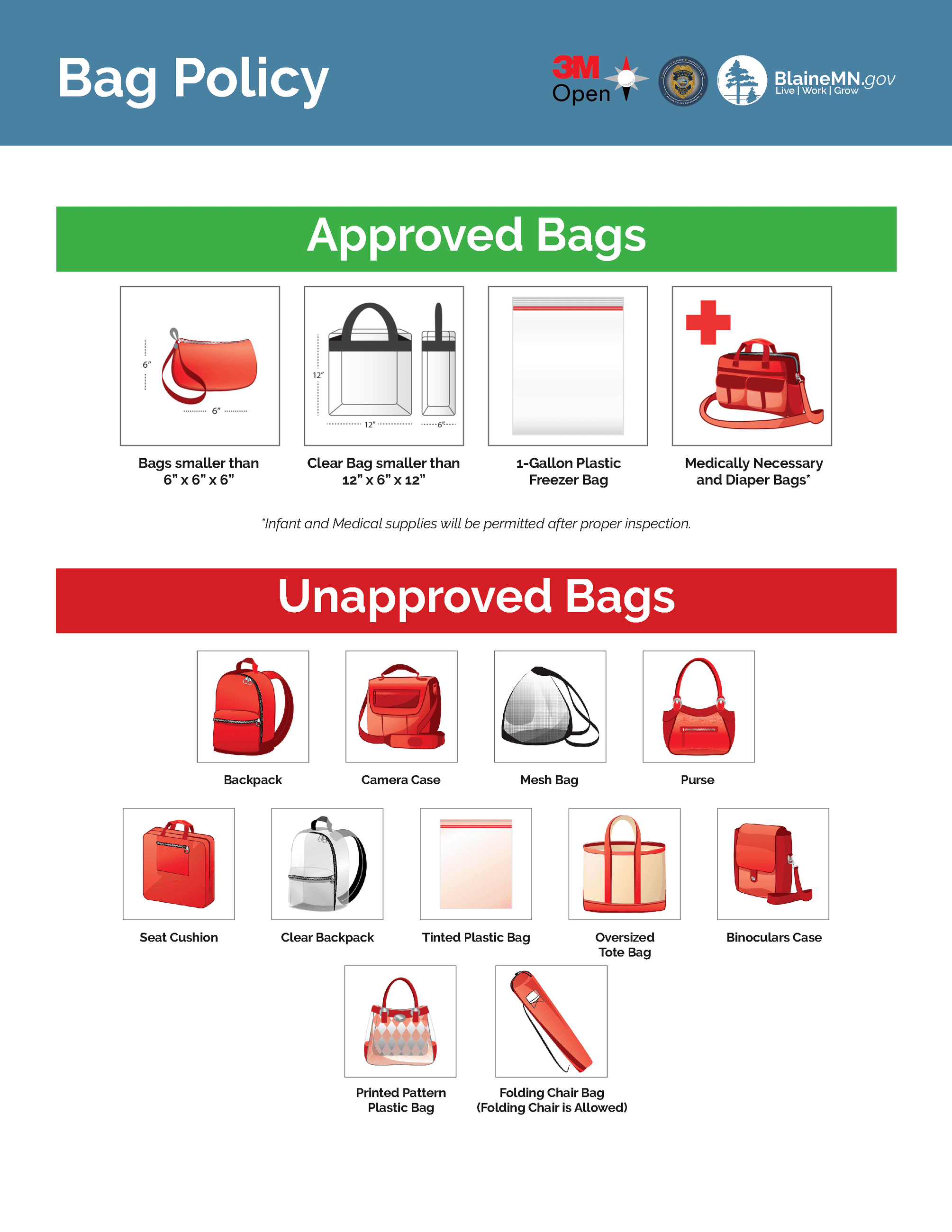 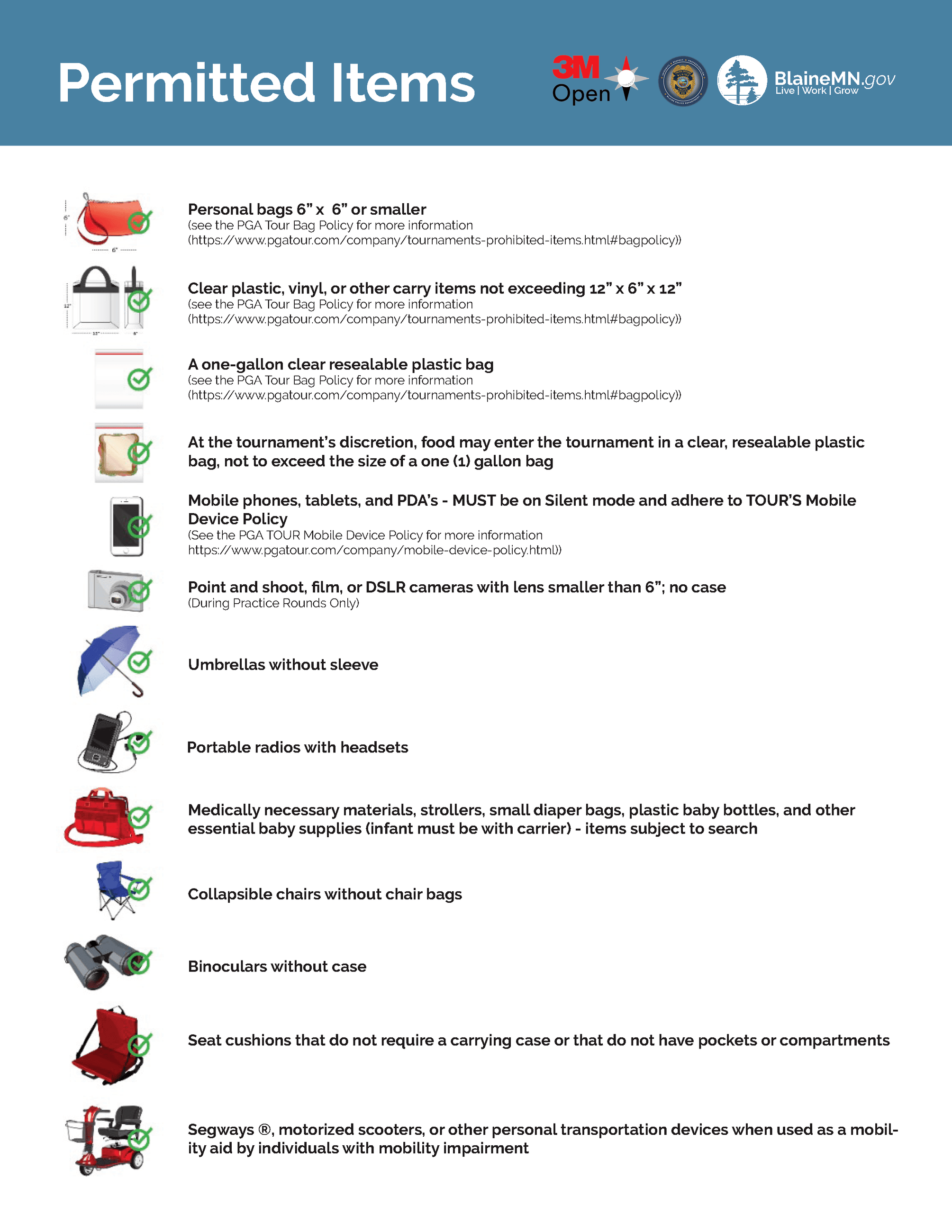 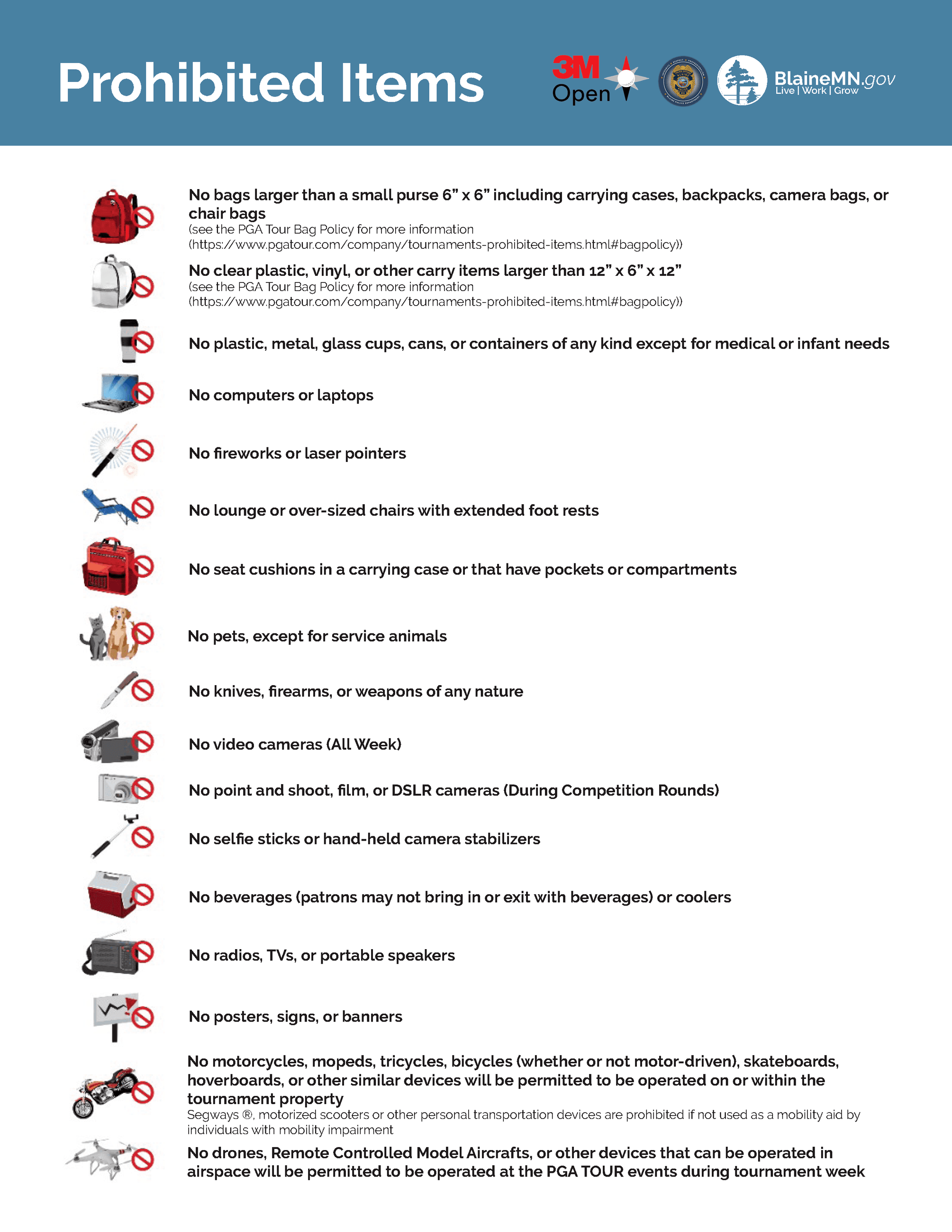 Residents living inside the secure perimeter will need a resident pass to enter into the neighborhood. These passes will be distributed by the 3M Open and any questions should be directed to the 3M Open office, they can be reached at 763-783-9000.

Residents living near the TPC Twin Cities will have their garbage and recycling picked up on Tuesday instead of the normal day of Thursday. Walters will be picking up recycling bins during tournament week and the following week so that residents do not have a gap of longer than two weeks between recycling pick ups. 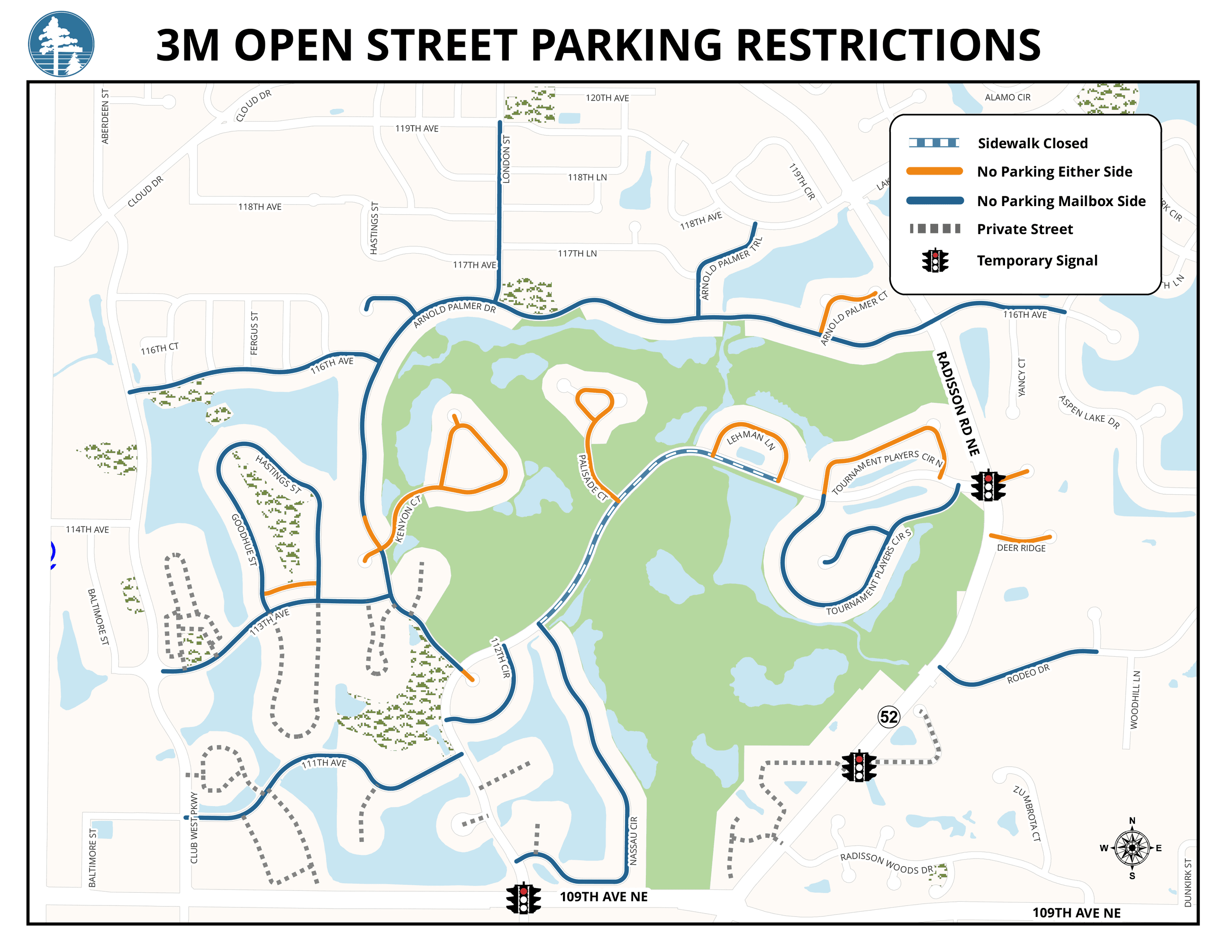 Volunteers will park at Blaine High School, and other groups such as VIP ticket holders, corporate guests, and media will all have assigned lots which can be viewed on the map below. 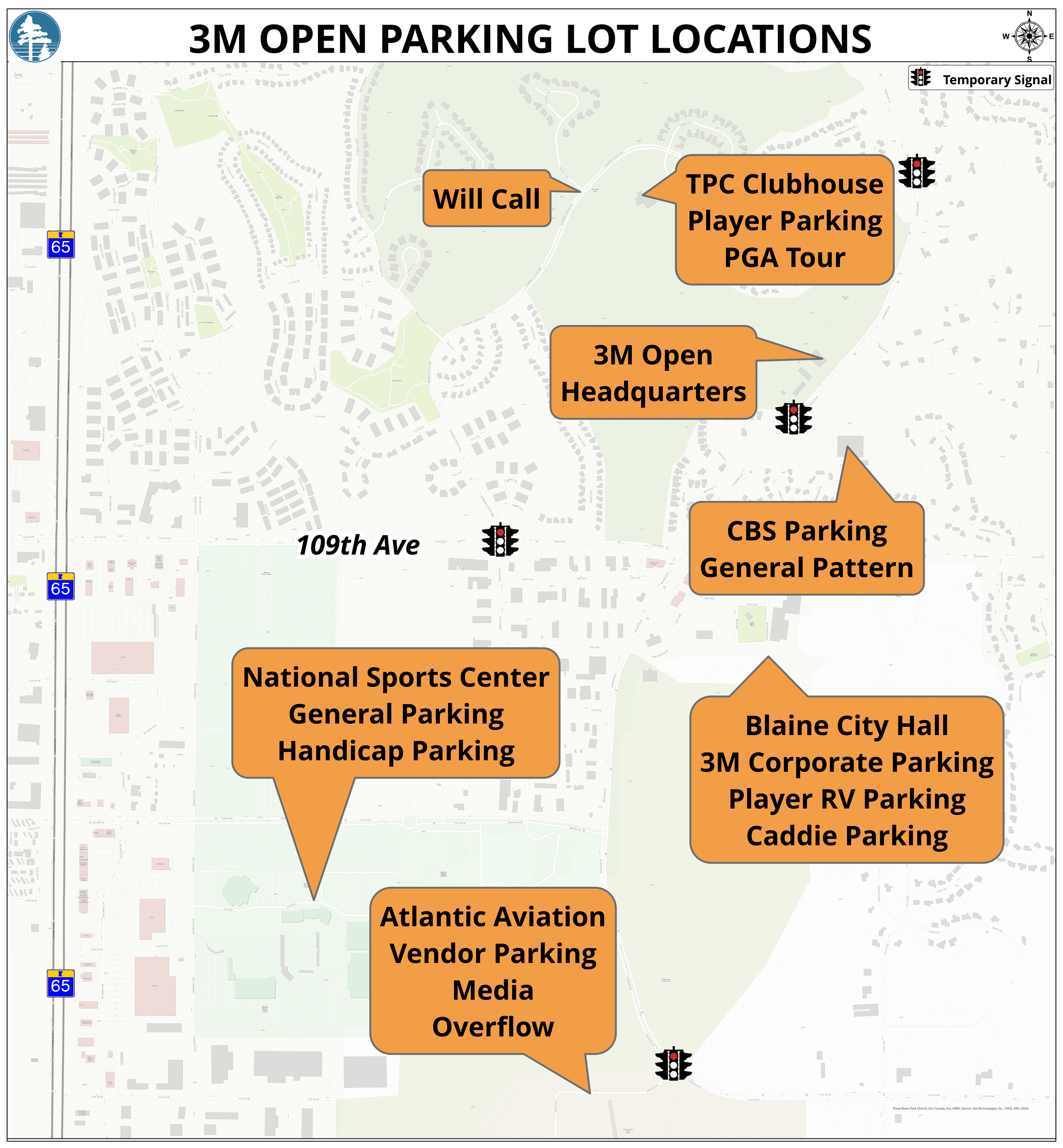 The city has received several questions from residents inquiring about renting out their home during the tournament. The city has a procedure for rental licensing. View the information below or call 763-785-6146.

All ticketing for the tournament is handled by the 3M Open. Free tickets are available for active or retired military members and for youth age 17 and under. Please note that the PGA Tour does not allow reentry, spectators that decide to leave during the day will need a new ticket if they want to return later in the day. 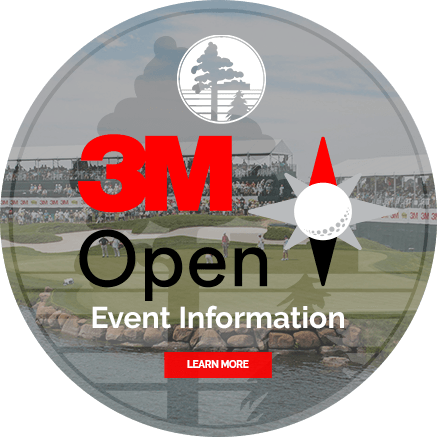