The City of Blaine has been working on creating and restoring the 500 acre Blaine Wetland Sanctuary since the late 1980s. In 2000 Blaine residents voted in favor of a bond referendum to purchase additional open space property throughout the city. A portion of the bond proceeds was used for the creation of what is now known as the Blaine Wetland Sanctuary. This protected open space is being restored to an active native wetland and is becoming a regional attraction and an environmental classroom.

Since 2006, extensive research has been done on the site and the city has restored two wetland banks. The first wetland bank, branch 3, was created by the Blaine Economic Development Authority. The wetland credits sold in this bank provide an incentive for development in the city. The northern section of the property, site 7, has been more recently restored into a second wetland bank to be a funding source to expand and maintain the city’s parks, trails and open spaces.

The city has been given the opportunity to utilize state grant dollars to finish restoring the southern part of the Blaine Wetland Sanctuary. This project is being funded through a grant from Minnesota’s Outdoor Heritage Fund received by project partner Great River Greening. 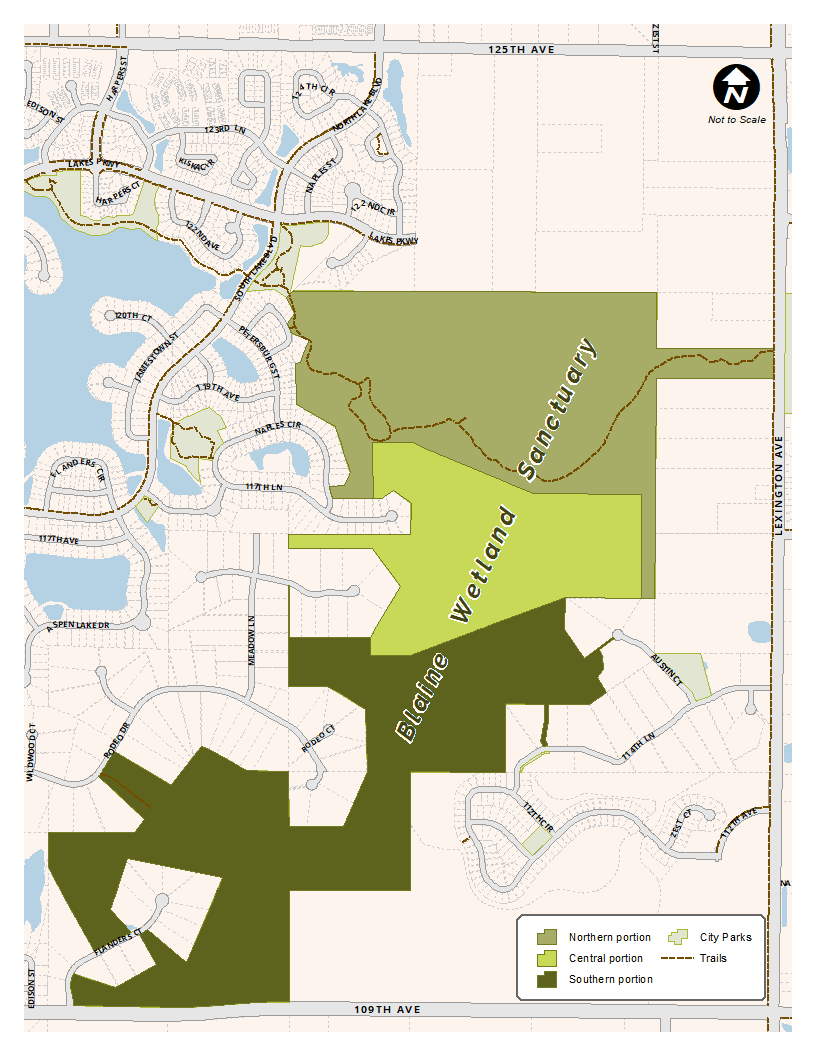 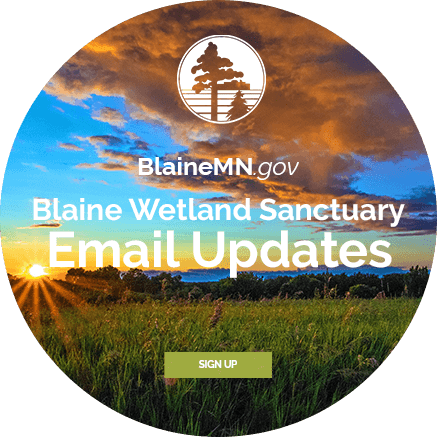