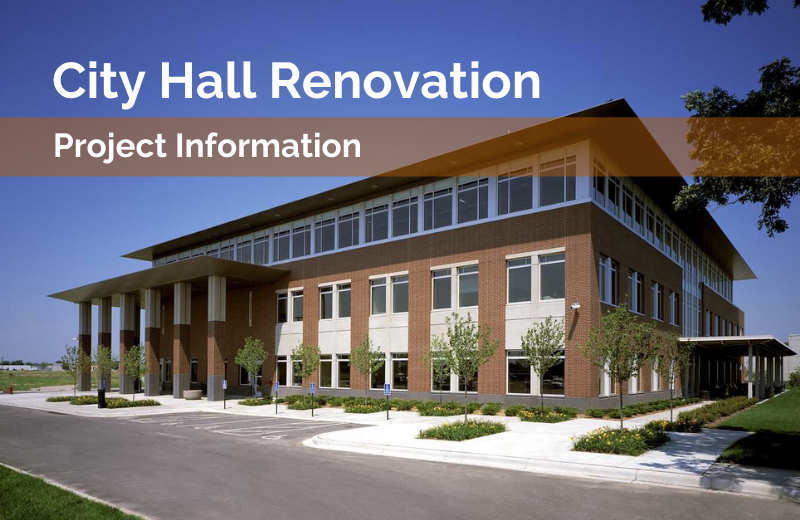 Blaine City Hall opened in 2001. At that time there were about 45,000 Blaine residents. Since that time Blaine has grown to a city of almost 70,000. Eventually Blaine will be home to more than 85,000 residents. The needs of the community mirrored this growth in population. More miles of streets to plow. More permits to be issued and inspections to be completed. More calls for service for both police and fire. To meet the needs of the community the City of Blaine has added 33 staff positions in the last 20 years, many of them in the police department.

Back in the late 1990s when the current city hall and police department building was being designed the leaders at that time knew that Blaine was destined to grow into a regional hub. Blaine City Hall was built with three floors of space in 2001, however only the first two floors were occupied. In 2017 the Blaine City Council authorized a space needs study. That study showed it was time to expand operations to the third floor. The renovation project will meet the needs of both staff and the community for the next 20 years.

In 2019 the City Council authorized the sale of $4.2 million in bonds to fund the project. When the COVID-19 pandemic hit the project was put on hold as designs and space needs were reevaluated in light of current circumstances. However, the bonds can only be spent on the project they were attached to at the time of approval. And the funding must be spent within three years. With this in mind the City Council approved the final designs and bids for the project in March. This project will infuse millions of dollars into the local economy with 24 different companies being awarded work on the project.

The project includes a new community space on the first floor of city hall. This new community room will be available for use on evenings and weekends by community organizations. Prior to the pandemic and hopefully again soon it was not uncommon for all available meeting rooms at city hall to be booked in the evening. This new large space will provide another gathering option for the community.

The construction started in late April and is expected to be completed by the end of the year.

Blaine City Hall will remain open throughout the construction, any changes in operations will be posted to this webpage.